The anatomical feature responsible for this amazing defense mechanism is the pygidial glands. Pygidial glands are found in all Carabidae although the structure and chemicals produced can vary (Kanehisa & Murase 1977). They can produce a variety of defensive chemicals such as organic acids, aldehydes, ketones and quinones which are what Bombardier beetles produce (Commonwealth Scientific and Industrial Research Organisation [CSIRO] 1991). This spray mechanism is well understood and varies little between difference species of Bombardier beetles. The pygidial glands of Bombardier beetles are different to those of other carabid glands in that they have two chambers: the much larger reservoir and the smaller reaction chamber (Eisner, Eisner & Siegler 2005). 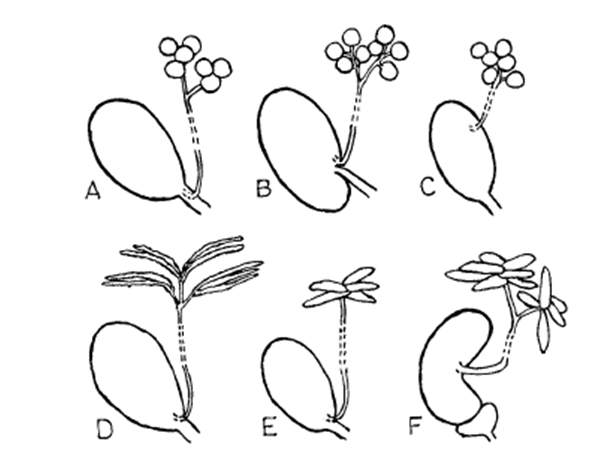 Comparative anatomy of carabid pygidial glands. Bombardier beetles have the morphology of image F (Kanehisa & Murase 1977).
The pygidial glands are dorsal, paired, cuticular invaginations of the body wall housed within the abdomen. They are composed of three main compartments: the secretory tissue and collecting duct, the reservoir chamber, and the reaction chamber. The reservoir begins in line with the sixth segment, and extends backward on each side of the hindgut above the reproductive organs, towards the opening which is typically found behind the 7th or 8th segments near the abdominal apex (Forsyth 1970). Often between apical or subapical tergites or sternites (Commonwealth Scientific and Industrial Research Organisation [CSIRO] 1991; Kanehisa & Murase 1977) .

Secretory tissue and collecting duct
The secretory tissue is a folded, multi-lobed gland lined with secretory epithelia. Its structure allows for a high surface area: volume ratio, allowing it to produce large volumes of secretions. The secretory cells that line the inside of this tissue secrete hydroquinones and hydrogen peroxide. These two chemicals are then drained into the reservoir via a collecting duct (Kanehisa & Murase 1977).

Reservoir chamber
The reservoir is the storage chamber that houses the mixture of the hydroquinones and hydrogen peroxide reactants. It is much larger than the reaction chamber, and surrounded by muscle that facilitates its compression. The muscle coat is up to four bundles thick and passes longitudinally, transversely and obliquely (Forsyth 1970). There is a muscular valve between the reservoir and reaction chamber that prevents unwanted leakage of the reactants. Once the Bombardier beetle is provoked, the compressor muscles surrounding the reservoir rapidly contact, forcing the reactants, through the valve into the reaction chamber (Eisner, Eisner & Siegler 2005).

Reaction chamber
The reaction chamber is much smaller than the reservoir and contains two kinds of enzymes- catalases and peroxidases. Catalases promote the release of oxygen from hydrogen peroxide. This freed oxygen is then used by the peroxidases which catalyse the oxidation of the hydroquinones into quinones. The pressure from the liberated oxygen in the small chamber simultaneously causes the ejection of the quinones. Thermodynamic calculations predicted that these reactions would release enough heat to bring the aqueous solution to boiling point. This was confirmed by measuring the temperature of the secretions with an electric thermometer (Anashansley et al. 1969; Eisner, Eisner & Siegler 2005).

Ejection
The chemicals that are discharged are 1,4-benzoquinones which are strong irritants even at lower temperatures. The opening of the pygidial gland is fully revolvable, allowing the Bombardier beetle to accurately spray its defensive chemicals in any direction (Eisner, Eisner & Siegler 2005). The cuticular walls of the opening valve are also thicker than those of the rest of the gland (Forsyth 1970). The expulsion of these chemicals is accompanied by an audible pop. When these ‘pops’ were recorded and slowed down, it was revealed that the ejections are pulsed, which was also confirmed by high speed filming, and found that the spray is squirted at a rate of 500 to 1000 squirts per second (Eisner, Eisner & Siegler 2005).

Effectiveness
This defense mechanisms is highly effective. It has been demonstrated to successful ward off predation attempts by ants, spiders, frogs, birds and even humans. The hot temperature coupled by a disconcerting pop is often more than enough for the Bombardier beetle to be flung free from the hands of a human would-be collector.  Orb Weaving spiders which choose to delicately wrap Bombardier beetles in silk before delivering a bite to feed can avoid the effects of the quinone spray. Gently wrapping the beetle ensures that it is not sufficiently provoked to discharge and once wrapped up its defensive spray is not significantly effective (Eisner 1976; Eisner, Eisner & Siegler 2005).